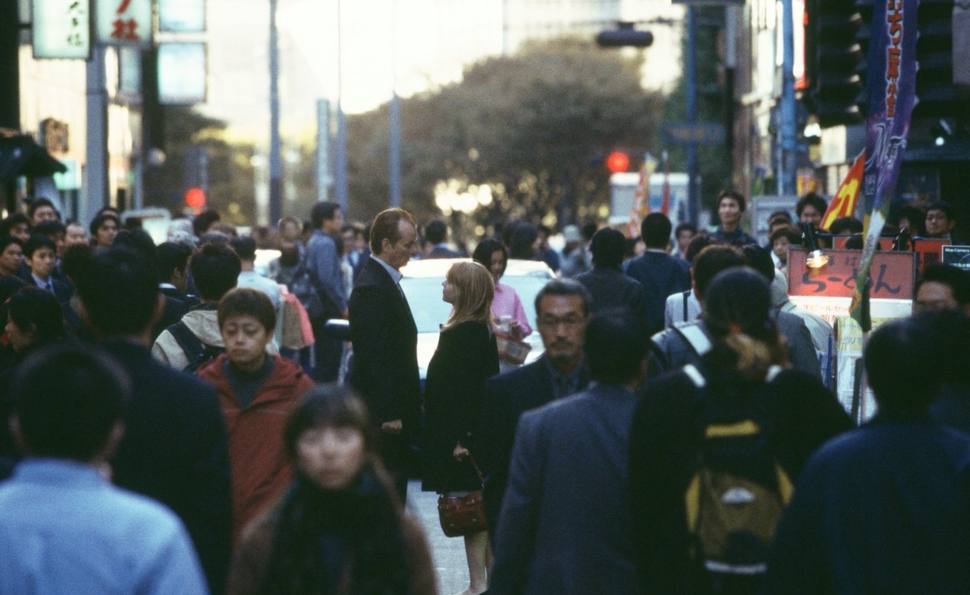 The misguided detective work of the CSI: Cinema Scene Investigators

Our Exposition columns offer informed, compelling takes on issues around the movies, from opinions about the topics driving films today to reconsiderations of the movies of yesteryear.

A few weeks ago, Bill Murray held an IAmA on Reddit to promote The Monuments Men. The topics ranged from the most fun he’s ever had making a movie (Jim Jarmusch’s Broken Flowers) to his thoughts on the current cast of Saturday Night Live (“They really roll very nicely, they have great momentum, and it seems like they are calm in the moment”) to his recollections of making Groundhog Day with the now-late Harold Ramis. (“No question that it was the greatest script of the year.”) Murray was genial, charming, and open. He answered a ton of questions. He really only dodged one:

“What did you whisper in Scarlett Johansson’s ear at the end of Lost In Translation?”

Maybe Murray really forgot. (He seems like the sort of guy who might.) Or maybe he recognized that Sofia Coppola’s original script didn’t specify what his character said to Johansson during their final meeting in Japan, and that Coppola didn’t go back and dub in something during post-production after Murray’s on-set ad-libs were too quiet to be captured clearly by the microphones. Coppola wanted the moment to remain ambiguous.

Not that Coppola’s intentions have stopped others from trying to uncover the true meaning of Murray’s inaudible whisper. Type the words “Lost In Translation final scene” into Google and prepare to fall down a search results black hole. Sites parse each potential syllable. YouTube videos boost the original audio and analyze each word Murray supposedly says. Everyone has their own definitive answer. Each is totally different. (Apparently things really do get lost in translation.)

Coppola’s film is hardly unique in this regard. In the world of online film discourse, there’s a veritable cottage industry devoted to bringing certainty to ambiguity. Is Deckard a replicant in Blade Runner? Who survives John Carpenter’s The Thing, and are any of them still human? What does the end of Inception mean? What does the end of A Serious Man mean? What does the end of The Wrestler mean? At this point, so many of the genuinely ambiguous movies have been picked over that some are now moving on to less equivocal ones; just this week, Moviepilot writer Jon Negroni presented evidence from Toy Story (a hat) suggesting that Andy’s mother was Jessie’s previous owner, as glimpsed in flashbacks in Toy Story 2.

These writers aren’t critics. They’re the cinematic equivalent of the crime-scene investigators of CSI; examining the tiniest clues to uncover previously hidden meanings. (Negroni is also responsible for The Pixar Theory, “an award-winning theory about how all of the Pixar movies exist in the same universe and tell one, cohesive story.”) In most cases, the directors of these films deliberately left their work open to interpretation. But forensic cinematologists aren’t interested in interpretation. They only want explanations.

Why is this form of forensic cinematology so popular on the Internet? Because forensic cinematology encourages the one attribute the Internet loves (and, increasingly, demands) that its movies contain: a consensus opinion. If you “prove” beyond a shadow of a doubt what Bill Murray said to Scarlett Johansson in Lost In Translation, then from that moment on, everyone has to agree with you.

This obsession with finding the “answers” frequently skews film conversations into fruitless tangents. A few months ago, many film lovers on social media became obsessed with “solving” the secret of two minor characters in the Coen brothers’ Inside Llewyn Davis. Were the title character’s kindly Columbia-professor benefactors, the Gorfeins, the parents of his dead singing partner? Or were they just very generous fans? Why would two middle-aged intellectuals waste so much time and effort on a random folksinger if they weren’t attached to him in a familial way? Why would the parents of their dead son’s best friend speak about him in such a distant way? A lengthy debate returned no resolution, but even if it had, what would it have added to the film itself? Nothing. The debaters missed the forest while studying the specific taxonomy of one single, irrelevant tree.

Another group of film lovers tends to reject ambiguity and celebrate consensus, and it’s currently gearing up for its annual celebration: the Academy Of Motion Picture Arts And Sciences. Ambiguous movies tend to fare poorly at the Oscars. Pulp Fiction’s mysterious briefcase got trumped by the box-of-chocolates philosophy of Forrest Gump. Inception’s top kept right on spinning while The King’s Speech received the top prize of 2010. 2001: A Space Odyssey’s Star Child wasn’t even nominated for Best Picture in 1968; Oliver! won the Oscar instead. (“You want MORE?!?”) And Lost In Translation’s hushed whisper lost to the boisterous battle cries of The Lord Of The Rings: The Return Of The King.

The Oscars are, by their nature, a popularity contest. And you don’t win a popularity contest by challenging voters’ preconceptions; you win by flattering them. As a result, the Academy doesn’t necessarily reward the most innovative or challenging work, but rather the work that’s most accessible to the widest swath of members. If 12 Years A Slave doesn’t win the Best Picture award this weekend, pundits will claim it’s because the film was “too difficult” for voters. That’s arguably exactly what happened at last year’s Oscars; the “difficult” Zero Dark Thirty, which refused to spell out its message to viewers, was trumped by Argo’s crowd-pleasing, unambiguously heroic story.

The Oscars do a lot of good in this world; they bring smart films to wider attention, and facilitate months of conversation about great cinema. And it’s fun to line up a bunch of movies and see which one comes out on top. It gives objective contours to a subjective medium. We like the Oscars because they’re sports for movies—someone wins, someone loses—and increasingly they’re covered that way, by beat writers who track each fluctuation in the race. (Many sites even have their own constantly updated standings, as if they’re reporting on the chase for the National League East pennant.) But movies aren’t sports. They’re art. And in art, there should be no right or wrong readings.

To some degree, these are all rational urges. When presented with a question, it’s only human to try to answer it. When given a list of movies, picking a favorite can be instinctive. But not every movie is a puzzle waiting for a solution, and not everything onscreen is a trail of breadcrumbs to be followed. Some movies are designed to start discussions, not resolve them.